Leading the design team at Plusnet
we created the flagship mobile app.

Here's how we did it.

The situation and the task

I was fortunate enough to join the Plusnet Digital team in early January 2018. Tasked with the job of creating a better user experience across all of our digital products. The first to challenge was to create a new app for our mobile customers – and it would be need to designed well to meet our ambitious objectives.

Fortunately, I was lucky enough to join where a team of BAs and Product owners had already done a sizeable amount of work around what the app could potentially do. However, one missing narrative was what needs it addressed for our users and the viability of each feature.

We had very little research about the apps viability and the information we had was top level verbatim (some quant information around what our users were doing in the current web-based equivalent “My Account”).

The task was to navigate this uncertainty, create a plan and ultimately design an app our customers would love 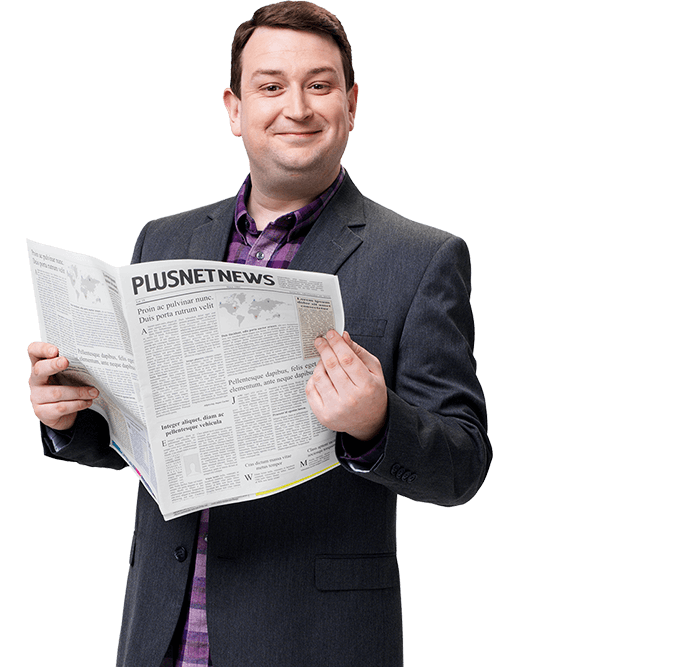 We had a diverse set of stakeholders each with differing views on who the customers were and what they needed from an app.

Therefor we ran sessions with them to paint a picture of who we thought our users were which formed the creation of proto-personas. With our assumptions in hand and a rough picture of our potential users we needed to validate them.

We needed to speak to people

Creating such an app without user research is a risk, we needed to know when an app is used, what our customers are thinking and feeling when they’re using an app and any other emotional / situational needs they have. We needed context.

It was important that the first round of studies we did were in our participants natural environment. We’d get little value if it was in some clinical lab somewhere in Sheffield. It needed to bring as little bias as possible and people needed to feel comfortable. Due to this we went out to speak to 15 of our existing customers about what they’d need from apps, their relationship with technology and also their day to day life in their own homes.

This research was invaluable as we noticed common motivations, frustrations and behaviours across our participants and these formed our personas.

What we found out

Although we had a rough idea, there were some suprising insights about our users that we weren't expecting

What this told us is that the app we were originally planning to create wasn’t quite right and could be more useful for our customers. We needed to address these needs in our product and everything else should be removed – an MVP.

So our product owner and I travelled to Ipswich braving the beast of the east to work with our colleagues at BT to establish our MVP – countless whiteboard scribbles later we had an indication of what the MVP should be and what we learnt from the research.

Scribbles and revisiting the MVP

For example, we knew that our customers were time poor and would like to be able to send off a message and get a response back on their time (Whatsapp). With this in mind we refined our MVP and created concepts and ¬mockups that we wanted to test simultaneously considering what was viable for the business, desirable for our customers and also technically feasible. We had a finite amount of time to deliver the right app so every feature was under scrutiny. 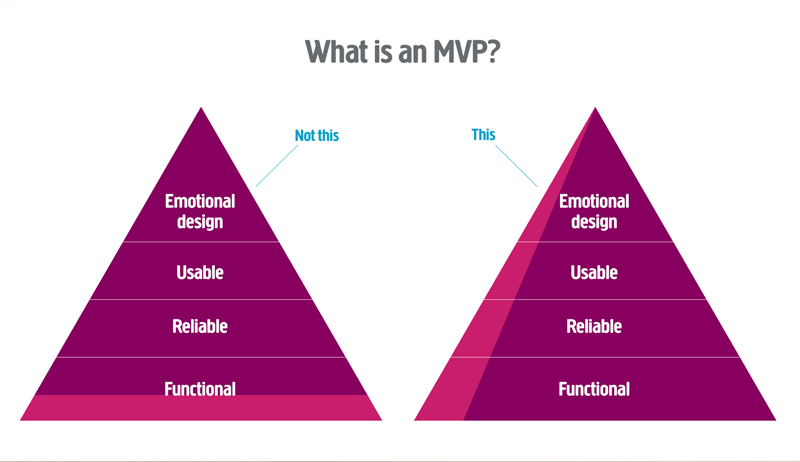 We had developed some concepts built around our findings from our original contextual study – the next step was to test them. We recruited 10 existing mobile customers to test these concepts and see how they reacted to them. We had a series of tasks for them to complete using a very low fidelity prototype and asked them to verbalise they’re thoughts and feelings throughout the test.

Again, the feedback was invaluable outlining that our proposed journeys were simple and straight-forward yet our customers had questions around the terminology used and how bolt-ons were indicated as part of their usage.

Designers to the ready

Great we knew that we were building the right thing for the right reasons in the right amount of time. Now we just had to fill in the gaps, considering unhappy paths and journeys were key but also ensuring we can deliver everything for our ambitious October timeframe. Our UX and Visual designers has to map this out and understand where there may be a point of friction for our customers or where an API would need to change.

Our designers were working a sprint behind our awesome app developers who agreed to release a small version of the app every 2 weeks so we could test the real app in our customers hands early in usability testing – allowing us to test small amounts of functionality early. Using this RITE approach it mitigated a challenging deadline.

The work done by our developers was invaluable allowing us to test the actual app on an actual device with actual customers. We tested with 10 users per iteration spanning over iOS and Android (our supported operating systems) on older devices (an iPhone 5s and a Samsung Galaxy Ace) we had 3 rounds of testing over 6 weeks. This also allowed us to test with people with accessibility needs too. Not just limiting ourselves to a design prototype.

Interestingly, an initial insight was that some of our participants were quite quick to blame themselves when something went wrong, rather than the app itself. However, we did find that users responded well to the app and they had an unquestionable trust to Plusnet as a brand.

Initially we noticed some users struggle with the login which we needed to address as the call to action and additional fields were hidden behind the keyboard when it popped up which needed an iteration. So we fixed that. 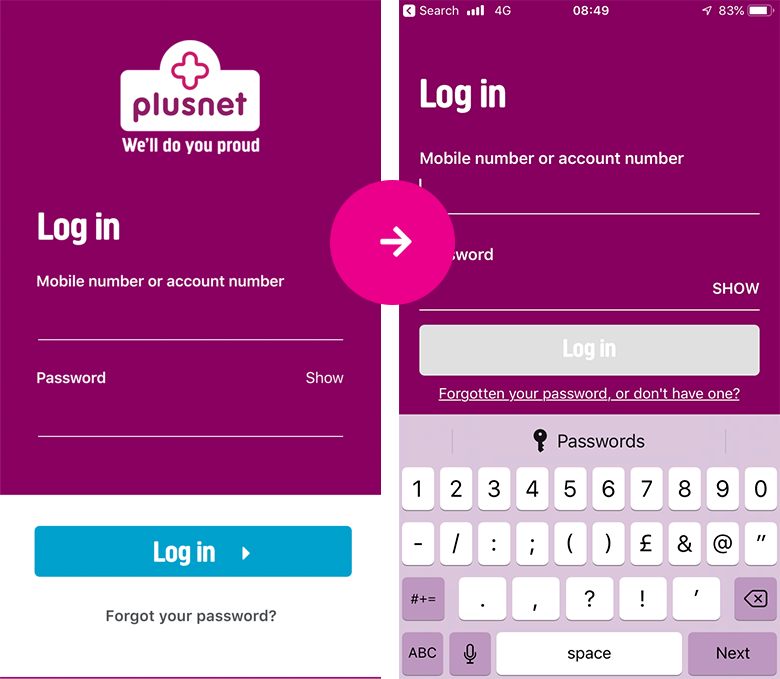 Getting the words right

Terminology was a challenge and the concept of a "Smart cap" was difficult to understand - it took some time for our participants to understand what it is, despite being existing Plusnet mobile customers.

A common theme throughout was the need to self-serve our participants didn’t want to wait to add a bolt-on. However, this wasn’t technically feasible at a product level yet so we needed to add it to our backlog ASAP.

Our participants responded well to a login that persisted throughout. They spoke strongly about how they’d rather have convenience to get their remaining allowance rather than go through a login. “My phone has a pin so why should I need another pin or password for the app” – just let me login. This was apparent with some referencing their banking apps as not needing a pin (namely Monzo).

Our user testing was done the app was almost complete – but we didn’t just want to ship it. We decided to incrementally roll out a beta to our customer base. Here we could run a diary study where our customers could tell us the problems they’re facing, give usability feedback and also report any bugs.

The diary study took part in 2 forms. One purely for our internal staff to capture bugs and then we opened it up 10000 of our existing customers where they were prompted to fill in a quick survey every time they accessed the app and there experience throughout.

This insight coupled with our excellent digital analytics reports allowed us to identify and fix common problems before going out to general release.

Where are we today

The app launched with incredible results and an average app store rating of 4.6 with 90% being over 4*. It also informed a really interesting backlog which the Plusnet Design team are still working through today. We've seen features such as multiple account toggles and simple tariff switching that were driven from speaking to customers.

It also set the foundations for: 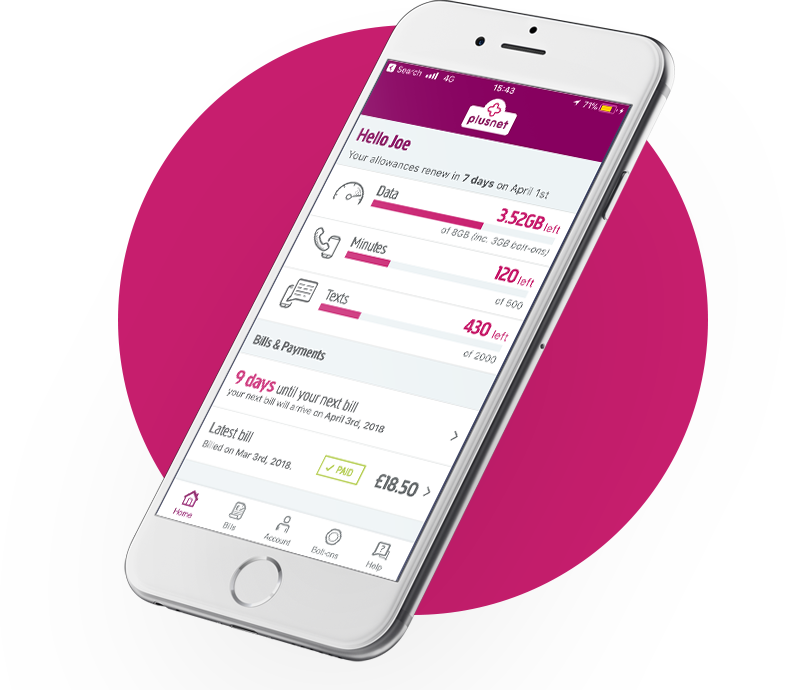